The Core of the Matter; by madlyinlovewithlife

Looking for Seeds of Benefit

A long time ago, I came across this quote:

“Every adversity, every failure, every heartache carries with it
the seed of an equal or greater benefit.”

The words resonated with me so much that I transcribed them into my quote journal. Some years later, when I was going through a really rough patch, I remembered that quote, dug it out of my journal and copied it onto a small piece of paper which I carried around in my pocket. For weeks, I repeated it to myself often—because, for me, just saying those words brought me inner relief.

Inspired by the quote, I decided to try to write a list of all the possible benefits that could conceivably come out of my not-so-good feeling circumstances. At first, all I could do was stare at a blank page—I couldn’t think of a single benefit of my predicament. Not one.

Then, as I slowly let go of seeing things from only one perspective, I gradually began to open to a broader view and I came up with a few potentially good things that might arise. Finding those positives inspired me to commit to several brainstorming sessions—I sat with the intention of racking my brain to come up with more possible benefits, however tangential, that could potentially come out of my situation. In true brainstorming fashion, I refused to judge anything or deem an outcome impossible. I simply wrote them all down, uncensored. I eventually got into the spirit of it and made a game of adding more and more things to my list.

Over the next few days I came up with a list of 22 possible benefits, which included things I didn’t truly believe were probable or even possible at that time. I kept the list in my pocket and focused on it every time I started to feel bad about my situation (read: every time I wanted to let myself sink into a bottomless pool of self-pity). The list served me well, for I discovered that, even though nothing in my situation had changed, by the time I’d read to the bottom that list, I felt better—every time.

“To see things in the seed, that is genius.”

Time passed and so did that rough patch and I forgot all about the list. One day, not so long ago, I was cleaning out a drawer and I came upon it. Intrigued, I read over the 22 possible benefits I’d written so many years before. As I read down the list I began to realize that every single thing I’d written, including the things I didn’t think were possible at the time, had come to pass—everything! And the more I thought about it, the more I realized that much more good had come to me than what I’d written down—things that I couldn’t have foreseen at the time.

“If you say you can or you can’t you are right either way.”

In retrospect, I wouldn’t give back that seemingly negative experience for anything—I see now that the benefit I reaped from it was so incredibly valuable. If you’d have asked me at the time, I would have told you there could never be any good to come from my situation—but I couldn’t have been more mistaken. 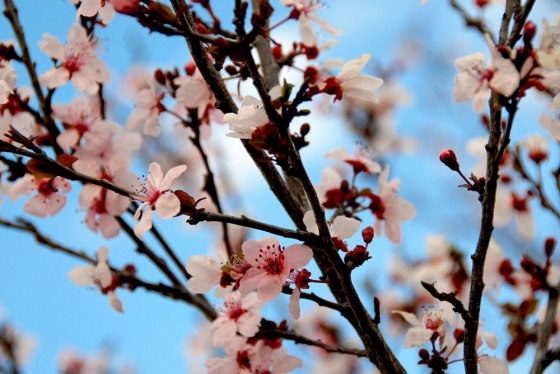 It’s easier to stay mired in the negative, fixated on what appears at the time to be an unsolvable problem. It certainly does take some mental effort to re-focus and begin to envision your way out of negative circumstances. But whether or not things change right away, there is an immediate pay-off from making the effort: you’ll start to feel emotional relief immediately. Even if that were the only pay-off, it’s a worthwhile thing to do. But I believe that focusing on anything positive does more that that; I believe a positive attitude opens us up to unseen Universal forces which begin to allow for seemingly magical things to happen.

So, if you are going through a rough patch, take heart—focus on the possible seeds of benefit the experience potentially holds for you, because even when we can’t yet see them, I believe they are always there. There is a flip-side to everything, so when things go seemingly wrong, something very right is potentially born. The key is to keep your focus on those potential seeds and give them the care and attention they need to blossom into existence.

See my related post: The Transformative Power of Failure

19 thoughts on “Every Rough Patch Contains a Seed of Benefit” 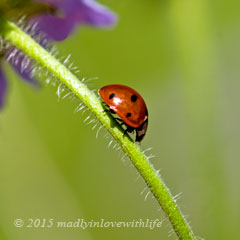